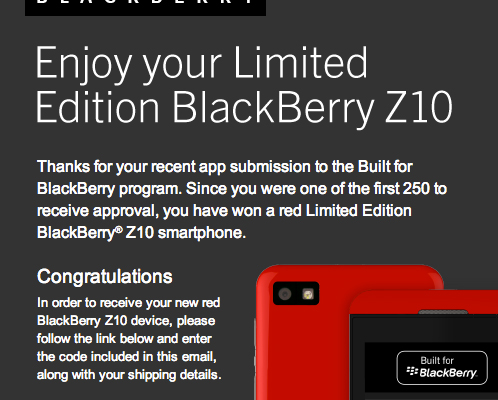 N4BB today have reported that:-

Developers who were among the first 250 to submit an app to BlackBerry World that was ‘Built for BlackBerry’ certified can now claim their limited edition Z10.

Included in the email to developers is their code to claim their new red Z10. BlackBerry will begin shipping out the Z10 LE’s in December, which will then take 4 to 6 weeks to receive.

Unfortunately, due to shipping regulations, users in the following countries will not be able to receive a red Z10 from BlackBerry: