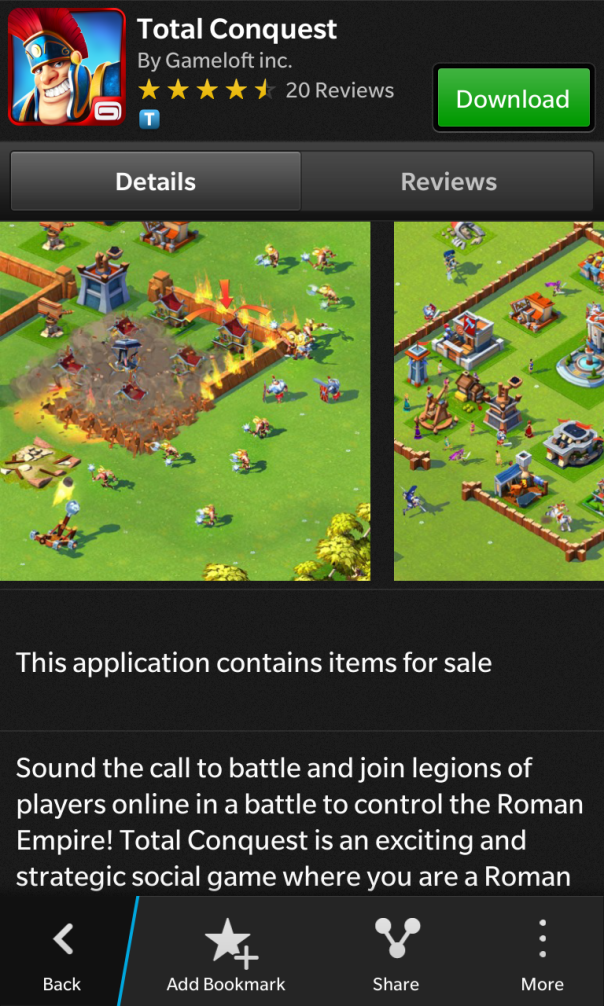 Total Conquest from Gameloft Inc have now arrived to your BlackBerry 10, the game is free to download but consist of in game purchase such as buying virtual items.

Sound the call to battle and join legions of players online in a battle to control the Roman Empire! Total Conquest is an exciting and strategic social game where you are a Roman Governor developing your own city-state and army. But with Caesar dead, there’s no more playing games; You’ll need to join a powerful Legion- or forge your own – to defeat your enemies, protect your land and reign supreme. Vae Victis!