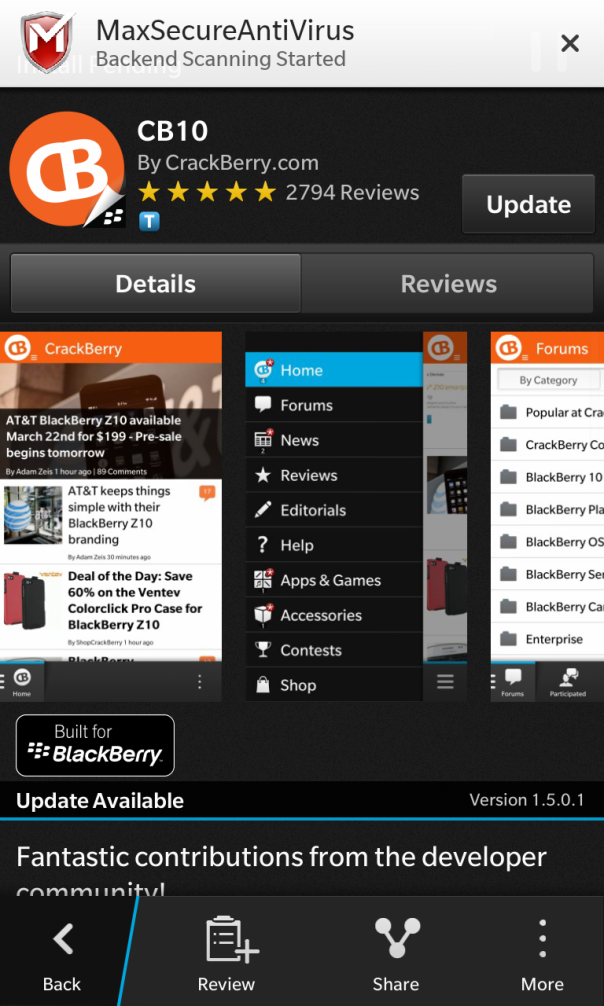 The best CrackBerry news app have now updated to v1.5.0.1 with the following updates:-

Since John Chen took over as CEO for BlackBerry we’ve seen a few new members appointed to the management team. This time its in the sales department and Eric Johnson will take the helm and hopefully move the ship forward.

As we all know – sales for BlackBerry smartphones need to improve and Eric could well be the man for the job, looking at his past experience. With BlackBerry 10 now a year old, 2014 needs to be better for them than 2013 was, although the company expects it to take a while longer for a full recovery in terms of making money.

“I am pleased to round out BlackBerry’s new executive leadership team with another outstanding addition today. I have worked with Eric extensively and have tremendous respect for his sales expertise and customer centric approach to business. Our carriers, partners, distributors and enterprise customers will benefit greatly from Eric’s approach,” said Chen. “The experience that the majority of the new leadership team has in working together previously will drive change within the organization at a faster pace. I look forward to demonstrating these changes to the market.”

Our friends from CrackBerry have some cool features for Z10 owners to share,If you Want to have the Porsche Design P’9982 styled clock on your BlackBerry 10 smartphone, a way to get it has now been discovered. As noted in the CrackBerry Forums by DarcyTallGuy, the process itself is fairly easy and utilizes a ‘backdoor’ in the clock application for BlackBerry 10.2, we are not sure if 10.1 have this feature, maybe someone can test and let us know?

At this point, it appears to only be for the BlackBerry Z10 because while some of the options are available on the Z30 and Q10, you don’t have the Porsche Design options to choose from after going through the process.

This will allow one more alarm type for you to choose from cool right?

Update: Due to overhelming request we are uploading a simple 13 mini steps for those that is having trouble to change the clock.

Another leaked OS turned up in the CrackBerry forums yesterday, again for all BlackBerry 10 devices. This version is OS 10.2.0.1767 so it’s just a small step up from the last leak, but new is new, right?

Usual rules apply – be sure to read everything over before you dive in and of course do a full backup before you get started. Check out our full walkthrough of using an autoloader here for all the details.

If you’re ready to dive in, hit up the forums thread below for the goods. Be sure to leave a comment letting us know how it’s working out for you.