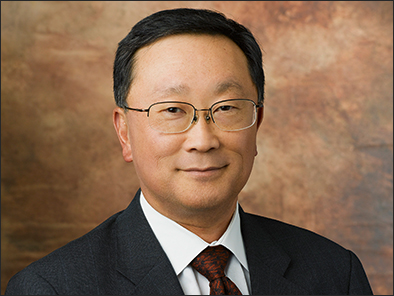 This morning, CNBC has published an Op-Ed from BlackBerry CEO John Chen. The letter is a very upfront, and direct message to pretty much anyone out there, shareholder or not, that BlackBerry is still very much alive, and will continue to be for the foreseeable future. We’ve seen Op-Eds like this before from previous regime leader, Thorsten Heins, but this one stands out because of one key aspect, a plan behind the message of resurgence.

Chen makes it very clear in this editorial that he does not plan on leaving BlackBerry’s comeback to chance. There is a strategic plan which has been devised in the first two months as CEO by his whole team of industry leaders. The plan as we know, revolves around four key aspects of BlackBerry: Enterprise, QNX, BBM, and Devices.

BBM growth has been strong as well since going cross platform in October, and Chen notes that in the last 60 days, more than 40 million new iOS and Android users have registered with BBM. BlackBerry “will continue to invest in this popular service” and has plans to turn BBM into a revenue stream “in the coming years.”

“We’ve accomplished a great deal in these last couple months, and we’re positioned for the long haul. We have a strong cash position with more than $3 billion on hand, a renewed spirit, and trusted technology, network and platform.”

It seems we can expect that BlackBerry will not go down without a fight and they have already gather their resources and talents to fight back.