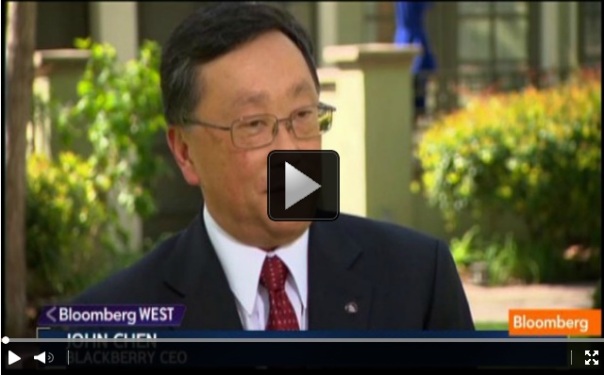 BlackBerry CEO John Chen spoke with Bloomberg yesterday and got to talk about a few interesting things in the BlackBerry world. He spoke at least about the company’s strategy and other enterprise related topics, which have become the norm in this newly focused BlackBerry. He also touched on the name BlackBerry vs Research In Motion, the latter which he actually liked better.

Chen mentioned BlackBerry has also been briefed by the White House in terms of what they like, and don’t necessarily love about their BlackBerry solution, and how the company takes that into consideration for the future.

The Q20 was not left out of the conversation either though. According to Chen, he’d like to have it out “yesterday,” but making sure the UI and phone are modern, while still retaining the controls so many Bold 9900 users out there love, takes time. You can’t rush merging those two things together. Chen expects the Q20 to be launched in the September/October time frame, which means we’re only about 6 months away.